Useful Tips and Tricks for Housebreaking a Puppy

Housebreaking a puppy takes a lot of time and dedication and should begin the moment you bring the little ball of fur home for the first time. 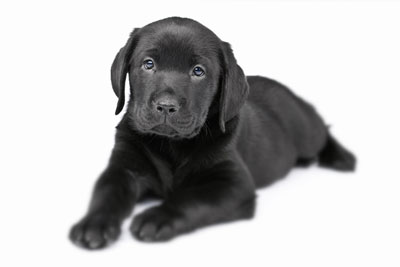 It can be a very frustrating process, especially with some breeds that are notoriously difficult to potty train (like Pomeranians and other toy breeds), but the faster you get it done, the fewer messes you will have to clean up!

If at all possible, your goal is to completely prevent your new puppy from eliminating inside the house at all. Dogs are creatures of habit, and they will return to the same place they've eliminated before and do it again. Ever noticed that they sniff around for a while to find the perfect place to do it? This is part of the reason.

Avoid using the traditional newspaper on the floor trick. This is simply teaching your puppy that it's OK to eliminate inside the house in certain areas. Opt for crate training instead.

Some people think that crate training is inhumane because their puppy whines and barks when they first put him in there, but rest assured, he will quit doing it once he gets used to his crate. Dogs are den animals by nature, so when you're housebreaking your puppy, you want to make the crate as comfortable as possible. Turn it into your puppy's special place to sleep and after a while, he may even start sleeping in there with the door open!

The basis for crate training is the fact that dogs will avoid eliminating in their beds at all costs. Of course this also means that once he is accustomed to being in the crate, you should respond quickly when he starts acting anxious to get out. This is a sign that it's time to take him outside and show him where it's OK to eliminate.
When you first start the process of housebreaking, he will live inside the crate for much of the day until he learns the ropes. Just be sure to take him outside regularly so that he can learn the proper place to potty.